Paulette grew up in Pennsylvania, is the former owner of a gourmet shop and catering business.  She was instrumental with the 2015 upstart of the club and its activities.  In 2016 she joined the Board officially as Secretary and in 2017 was elected Director at Large. Paulette served as Vice Commodore in 2018, and voted Commodore for 2019 .  She has dedicated a significant amount of time to SIBC – her efforts shows in every aspect of club’s activities – be it social, membership, or planning future events.  Paulette did not have any background in boating or any other water activities until she moved to the Landings and joined Carefree Boat Club (CBC) and the Sea Sisters, where she learned her boating skills and holds a GA Boat Safety license.  She is an active member of CBC and the Sea Sisters, coordinating events for both clubs.  She finds time to fish and power boat, has become an avid fisherman competing in tournaments locally and abroad.   You will find pictures of her fish at On the Water, Members Fishing!

Susie Fusco is a native of Connecticut, residing near Long Island Sound and boating those waters in a 22 ft Chris Craft cuddy cabin. For those who know the Sound, it is filled with gunkholes, lots of little islands and out of the way places to party or spend a quiet day, and is a short cruise to Newport, Block Island, Sag Harbor and more. Fitting her role as within SIBC, her career was in the adult beverage industry as Regional Manager for Seagrams. Susie first came to Skidaway Island 12 years ago to visit her sister, and to quote her directly, the “rest is history”. Suzie’s energy is already reflected in the energy she brings to SIBC social events. She is also an active member of the Carefree Boat Club.

Professionally, Paul has served in leadership positions in finance and as owner of a manufacturing company with operations in the United States and Asia. Paul’s  boating career began after moving to The Landings in 2009.

He is a co-founder of SIBC and  an active member in the local Landings Sailing Club, even to representing The Landings Sailing Club in national Rhodes 19 competitions. Although he started out at The Landings owning a power boat, he shortly recognized his passion was sailing. The power boat was traded for sailboats; plural. His personal fleet includes a partnership in a J-22 and a J-24 for racing in local events and regattas, as well as his personal sailboat, a J-100,  for sailing  other days of the week. Paul was instrumental in developing and coordinating the first annual Low Country Hook Ocean Race of 2016.

Mark Winters and his wife Belinda moved to the Landings because of the beauty of our waterfront community where he began sailing. Currently he is Fleet Captain of The Landings Sailing Fleet in addition to serving on the SIBC Board of Directors and on The Landings Association Marina Committee.

As principal of South Effingham High School, Mark’s daily activities are anchored in education and in learning. He envisions his combined passion for recreation on the water and learning as the means for expanding sailing and boating opportunities on Skidaway Island.

Dave grew up sailing in Narragansett Bay, has 70+ years of cruising, racing and yacht delivery experience, is a USCG Master Mariner and together with Dee and their four daughters has sailed and raced extensively on the East Coast, in the Caribbean, and the Mediterranean. While they no longer own a boat they are still active by bare-boat chartering in the Bahamas and Caribbean. Dave and his wife Dee have lived on Skidaway since 2003. They actually bought their house here while staying at Delegal Marina on their 47’ sailboat on their annual cruise from CT to the Bahamas.

He is an active member of the Landings Sailing Fleet and has been on the TLA Marinas Committee since 2005. He recently retired as Assistant Fire Chief of Skidaway Island. Dave and Dee were both officers at the Saugatuck Harbor YC in CT and were members of both the Royal Marsh Harbor YC and the original Skidaway Island YC.

They are proud to be members of the new and enthusiastic SIBC and look forward to the camaraderie and opportunities that this club can provide.

Laurie is a retired US Army Colonel who served over 24 years on active duty and is also a retired Federal employee that served over 10 years with the US Army Corps of Engineers. Laurie holds a Bachelor of Science degree from the University of Massachusetts at Amherst and two Masters Degrees; a Master of Science in Logistics Management from the Florida Institute of Technology and a Masters in Strategic Studies from the US Air Force War College. During her active Army career she served in various command and staff assignments at locations around the world that included Germany directly following the fall of the Berlin Wall and German reunification, two tours in South Korea, and deployments to Egypt and the Middle East where she commanded a Logistics Support Brigade that deployed to Iraq in support of Operation Iraqi Freedom. Laurie retired from active duty in 2006. She then entered Federal Civil Service in 2008 with the US Army Corps of Engineers where she served as a Senior Program Manager during Hurricane Sandy recovery efforts in Brooklyn, NY, and as a Senior Project Manager working to complete the deepening of the Savannah Harbor Expansion Project (SHEP) in Savannah, GA. Laurie retired from Federal service in July 2018.

Boating for 55 years, boat owner for 45 years. Formerly member of the Chelsea Yacht Club (NY). Currently member of Carefree Boat Club. Professionally a computer designer and manager with IBM for 30 years. Also a self employed home inspector for 25 years and a national director of the American Society of Home Inspectors. Currently the district coordinator for AARP Taxaide (volunteers preparing taxes) and the ride director for the Coastal Touring Bike Club. 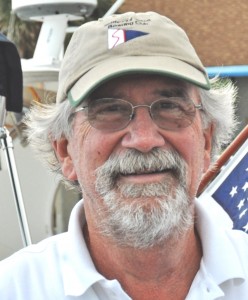 Lee has been a boater for 60 years and a boat owner for over 48 years. He is the first elected Commodore of Skidaway Island Boating Club beginning January, 2016. Lee took over steerage duties in mid-2015 . Lee has an incredible boating background and leadership resume including memberships in The Royal Hong Kong Yacht Club, serving as House Committee Social Chairman, Changhi Sailing Club (Singapore), Manila Yacht Club, serving on the Race Committee, the Miles River Yacht Club (MD), and the Sandy Hook Yacht Club, (NJ) and others.  Professionally, Lee has been CEO of a container shipping company and of a container terminal in Hong Kong.  He has been integral to the formation of the club as our second Founding Director and our first elected Commodore.